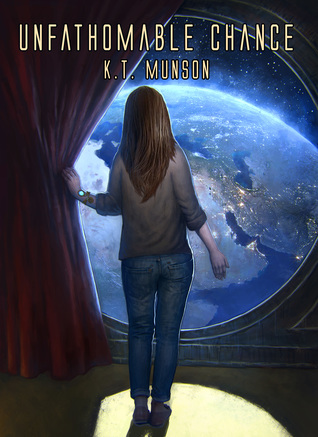 When Diana woke up on her 23rd birthday she thought it was going to be a normal day. She thought of donuts, coffee, and laughter. She did not think she was going to become the center in a galactic race to win her heart. None too pleased with the prospect of alien races descending on Earth to try and woo her, Diana does the only reasonable thing she can; she runs. Now she has to try and find a way to get rid of the blasted bracelet that is the cause of all the recent craziness in her life. The problem is this isn’t an ordinary bracelet; it contains the Heart of the Cosmos. Furthermore the Cosmos chose her for a reason and it isn’t keen on letting her go until she finishes what it started over ten years ago. Something tried to destroy it and now Diana isn’t just worried about her heart, she is worried about her life.

A copy was provided to me by the author in exchange for an honest review.

I’m back! It’s been so long. Life has caught up with me.

This is a surprisingly light read considering that it involves aliens and the whole universe. If I wasn’t so busy, I would have finished it in one sitting. It’s the kind of book that will make you curious enough to flip the next page.

One thing I loved about this book are the characters. I definitely have a soft spot for Roddy, the moody android and Rocky, the love machine. And also, who can resist a talking cat guardian named Kal Zed?

“At one point we were revered as gods and worshipped.”

Yes, the cat said that.

Another great thing about this book is that it was funny and there were times that it made me laugh out loud. It was easy to read and wasn’t too technical. Now this all comes down to preference. If you’re a big fan of sci-fi, you will probably look for some missing elements. But if you’re a reader who wants to enjoy a book about aliens and space without feeling too stressed and overwhelmed about it, this one is for you.

Although I did enjoy this book a lot, I feel like it could have been better. For one, it was short that when I was nearing the end of the book, I was worried about the ending. There were still a lot of things that could possibly happen.

That being said, I do think the ending was a bit rushed which left me feeling a little unsatisfied. I wanted more action, more conspiracies, and anything that will blow my mind. I still don’t understand how Diana was able to come up to that conclusion after the dream she had. I was also rooting for Diana to make the other choice. Then again, it’s all just me and others might feel differently.