I have always imagined that paradise would be a kind of library.

Not all books are written equal. Some are meant to be greater than others. The hardest part is figuring out which one is which.

If you’re reading this review right now, I will waste no time and just tell you directly: READ THIS BOOK.

I haven’t read any books from Adrienne Young before this but when I saw the cover, I just couldn’t resist it. I mean, look at how pretty and tempting it is. But while some books are only beautiful on the outside, this book will not make you regret you ever picked it up.

Initially, I had a hard time reading this. It was difficult to imagine some scenes in my head because I wasn’t familiar with the technical terms about ships and navigation. I am a visual reader and when I read, a movie plays in my head. I need to understand the details so that I know what to imagine. If you’re like me and decide to read this, it really helps if you google the terms to see what they look like. But rest assured that you will eventually get the hang of it.

This broke my heart into a million pieces and put it back together again. It is one of those books that fill your heart after reading it. The one that never leaves your thoughts even after its end.

The Wrath and the Dawn duology is a tale with love at its core — a powerful emotion for a powerful book. Love, which can be a person’s greatest strength or ultimate weakness.

While I said The Wrath and the Dawn was a rollercoaster ride of emotions, The Rose and the Dagger played with my feelings. One of the many reasons why this book tore at my heart is the love triangle. Although I don’t hate this trope, I am not a fan of it. More often than not, the third person is annoying and only exists to torment the couple. Or sometimes, the female MC is so indecisive that she can’t bear to choose one. But when done well, the love triangle trope can be powerful and heartbreaking.

Are you looking for discounted or FREE books?

Every week, I am posting discounted books that I found interesting and had great reviews. For the latest updates on available deals, please check this page from time to time. It will be constantly updated to add new deals and remove expired ones. Happy reading!

Everything on this blog is my opinion.

Below is a list of books I’ve read recently that I loved. Check them out!
See all recommendations here.

The Bookish Life of Nina Hill

The only child of a single mother, Nina has her life just as she wants it: a job in a bookstore, a kick-butt trivia team, a world-class planner and a cat named Phil. If she sometimes suspects there might be more to life than reading, she just shrugs and picks up a new book. 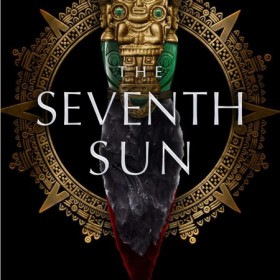 The sun of the Chicome people has been destroyed six times. First by water, then by storm, fire, famine, sickness, and beasts. After each apocalypse, the creator goddess allowed one of her divine children to sacrifice themselves to save civilization. The gods paid their blood as the price for the lives of the people, and the people owed them blood in return... More

What You Wish For

Samantha Casey loves everything about her job as an elementary school librarian on the sunny, historic island of Galveston, Texas—the goofy kids, the stately Victorian building, the butterfly garden. But when the school suddenly loses its beloved principal, it turns out his replacement will be none other than Duncan Carpenter—a former, unrequited crush of Sam’s from many years before.… More

Sometimes, you read a book and it fills you with this weird evangelical zeal, and you become convinced that the shattered world will never be put back together unless and until all living humans read the book.